After the U.S. Election: What’s Next? 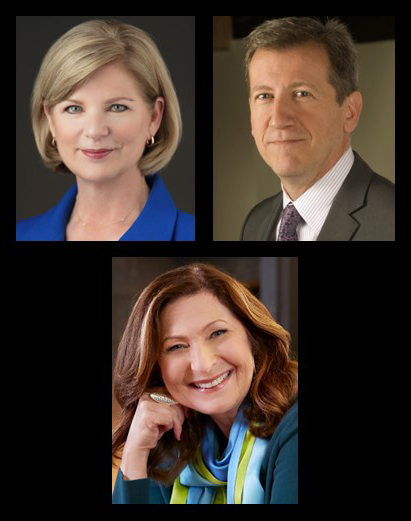 After the U.S. Election: What’s Next?

In the aftermath of a heated, divisive and often unpredictable run-up to the U.S. election, and the win for President-elect Joe Biden, this discussion will explore the impact of polarized media coverage and the spread of misinformation, learnings for the media and what the election outcome means for the U.S. and Canada.  Join Joy Malbon, Washington bureau chief for CTV National News, and Paul Hunter, a correspondent based in Washington for CBC News, in conversation with Anna Maria Tremonti, host of the CBC podcast More.

Joy Malbon is Washington bureau chief for CTV National News, a role she has held since 2005. Malbon has covered the Bush, Obama, and Trump administrations. She is regularly dispatched to the Middle East to cover U.S. developments in that region and has been her network’s go-to reporter for a variety of Olympic Winter Games. Prior to her assignment in Washington, Malbon was CTV News’ Parliamentary correspondent in Ottawa and was stationed in England as CTV’s London Bureau Chief. @JoyCTV

Paul Hunter is a correspondent based in Washington, D.C. for CBC News. He is an award-winning multi-platform journalist producing news length reports and feature documentaries for more than 30 years in Canada, the U.S. and worldwide. He has covered the Trump and Obama Administrations, the Rio Olympics, the Boston bombing, the Newtown massacre, the earthquake in Haiti, the tsunami in Japan, the 2014 war in the Gaza Strip, Canada’s involvement in the war in Afghanistan and the BP oil spill. @paulhuntercbc