David Remnick on The New Yorker 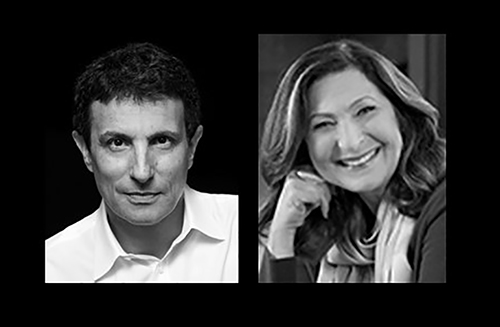 David Remnick on The New Yorker

David Remnick helms The New Yorker, journalism’s gold standard for agenda-setting, long-form investigations and personal narratives. In the 23 years of Remnick’s editorship, The New Yorker has become the most-honoured magazine in the United States, winning 48 National Magazine Awards and six Pulitzer Prizes. Remnick also won a Pulitzer personally for Lenin’s Tomb: The Last Days of the Soviet Empire—one of his six books—based on his time serving as Moscow correspondent for The Washington Post. Remnick speaks about his remarkable career and the challenges of running a legacy publication with Anna Maria Tremonti, host of J-Talks Live and the CBC podcast More.

David Remnick, the editor of The New Yorker since 1998, began his career at the Washington Post, in 1982. He is the author of several books, including The Bridge, King of the World, Resurrection, and Lenin’s Tomb, for which he received both the Pulitzer Prize for nonfiction and a George Polk Award for excellence in journalism. He became a staff writer at The New Yorker in 1992 and has since written more than two hundred pieces for the magazine. In 2015, he débuted as the host of the national radio program and podcast, The New Yorker Radio Hour, which airs weekly. Under Remnick’s leadership, The New Yorker has become the country’s most honored magazine, with a hundred and seventy-eight National Magazine Award nominations and forty-eight wins. In 2016, it became the first magazine to receive a Pulitzer Prize for its writing, and now has won six, including the gold medal for public service.