Navigating Race and Politics in a Post-Trump World 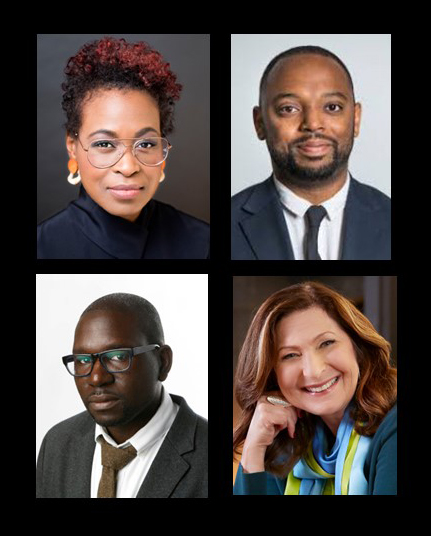 Navigating Race and Politics in a Post-Trump World

Hopes are pinned on President Joe Biden to navigate the turbulent terrain of race and politics inflamed during Donald Trump’s presidency. What role does the media play in the path forward? How can journalism make a difference? Discussing the challenges and opportunities ahead: Errin Haines, co-founder and editor-at-large for The 19th, a non-profit, non-partisan news organization focused on women, politics and policy, and from The New York Times, opinion columnist Jamelle Bouie and national political reporter Astead W. Herndon, in conversation with Anna Maria Tremonti, host of the CBC podcast More.

Jamelle Bouie is a New York Times opinion columnist, based in Charlottesville, Va., and Washington. Before that he was the chief political correspondent for Slate magazine. Bouie, who is a political analyst for CBS News, has been a staff writer at The Daily Beast and has held fellowships at The American Prospect and The Nation magazine. He is also a photographer. @jbouie

Errin Haines is a founding  mother and editor-at-large for The 19th, a nonprofit, nonpartisan newsroom covering the intersection of women, politics and policy, and an MSNBC Contributor. An award-winning political journalist focused on issues of race, gender and politics, Haines was previously the Associated Press’ National Writer on Race and Ethnicity. She has also worked at The Washington Post, The Orlando Sentinel and The Los Angeles Times. Haines was a Fall 2019 Ferris Professor at Princeton University, teaching a class on black women and the 2020 election. She joins Georgetown University’s Institute of Politics as a fellow in their fifth anniversary class in Fall 2020. Originally from Atlanta, Haines is based in Philadelphia with her dog, Ginger. @emarvelous