News and How to Use It: A Conversation with Alan Rusbridger 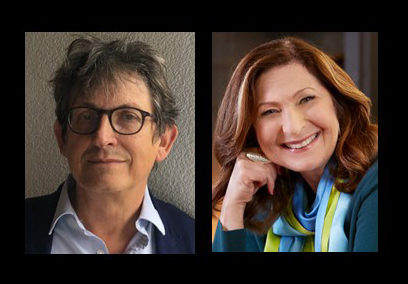 News and How to Use It: A Conversation with Alan Rusbridger

In his latest book News and How to Use It, the former long-time editor of The Guardian, Alan Rusbridger, casts his eye across the messy media landscape, examines the way journalism is produced and consumed, and offers a user’s guide on how to stay informed at a perplexing time of fast-changing news. Has it ever been more difficult to believe what we watch and read due to the proliferation of competing ‘truths’ online? Join Rusbridger, now chair of the Reuters Institute for the Study of Journalism at Oxford University and a member of Facebook’s Oversight Board, as he offers his insights across a wide swathe of the industry, covering social media, citizen journalism, business models and more, in conversation with Anna Maria Tremonti, host of the CBC podcast More.

This book is available in hardcover and Kindle Edition.

Alan Rusbridger was editor-in-chief of the Guardian from 1995-2015.  He is the author of News and How to Use It: What to Believe in a Fake News World. He is currently principal of Lady Margaret Hall, Oxford, and chair of the Reuters Institute for the Study of Journalism.  During his time at the Guardian, both he and the paper won numerous awards, including the 2014 Pulitzter Prize for Public Service Journalism.  The Guardian grew from a printed paper with a circulation of 400,000 to a leading digital news organization with 150m browsers a month around the world. He launched now-profitable editions in Australia and the US as well as a membership scheme which now has 1m Guardian readers paying for content. He was born in Zambia, was educated at Cambridge and lives in Oxford and London. He is the co-author of  the BBC drama, Fields of Gold. He is a keen amateur musician and the author of Play it Again. His memoir of journalism and its future, Breaking News, was published in 2018. @arusbridger