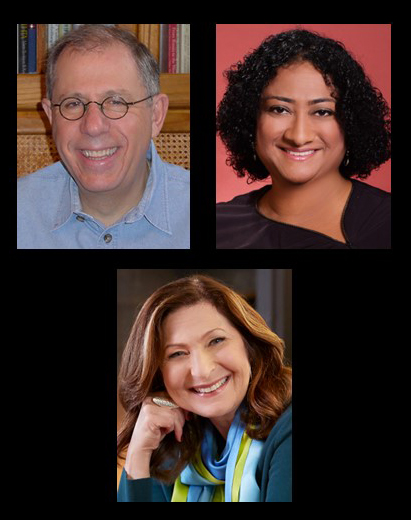 When the pandemic arrived, journalists on all beats experienced high levels of stress as they pivoted quickly to cover COVID-19, the fastest-moving story of our time. According to the early results of a study conducted in June by the Reuters Institute for the Study of Journalism at the University of Oxford, participating journalists from around the world showed signs of anxiety and depression—70 percent suffering from some level of psychological distress—due to the many challenges and high stakes they faced in covering the crisis, sometimes in the absence of reliable information. In this ongoing reality, how can journalists take care of their mental and emotional well-being and how can newsrooms best support them?

Join the study’s authors: Dr. Anthony Feinstein, professor of psychiatry at the University of Toronto and a neuropsychiatrist whose specialties include exploring how journalists are impacted by the traumatic events they report on, and Meera Selva, director of the journalist fellowship program at the Reuters Institute for the Study of Journalism in Oxford, in a conversation with Anna Maria Tremonti, host of the CBC podcast More.

Dr. Anthony Feinstein is a professor of psychiatry at the University of Toronto. His research focuses on the search for cerebral correlates of behavioral disorders associated with multiple sclerosis, traumatic brain injury, and hysteria. His books include In Conflict, Dangerous Lives: War and the Men and Women Who Report It, Journalists Under Fire: the Psychological Hazards of Covering War, Battle Scarred and Shooting War. In 2000-2001 he was awarded a Guggenheim Fellowship to study mental health issues in post-apartheid Namibia. In 2012, he produced a documentary, Under Fire based on his research of journalists in war zones. It was shortlisted for an Academy Award and won a 2012 Peabody Award. His series Shooting War for The Globe and Mail was shortlisted for a 2016 EPPY award.

Meera Selva is director of the journalist fellowship programme at the Reuters Institute for the Study of Journalism in Oxford. Meera is an accomplished senior journalist with experience in Europe, Asia and Africa. She joined the Reuters Institute from Handelsblatt Global where she had been working out of Singapore, having helped launch the digital daily business paper in Berlin in 2014. Her previous experience includes several years as a London based correspondent for the Associated Press, and three years as Africa correspondent for the Independent based in Nairobi. Meera studied for an MPhil in European Politics at St Antony’s College, was a journalist fellow at the Institute in 2007–8 where she conducted research on media coverage of the Darfur crisis. Her current work at the Reuters Institute touches on press freedom, media diversity and journalists’ well-being. @MeeraSelva1